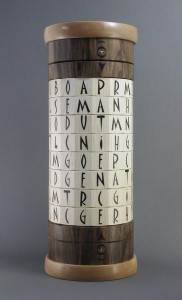 To the left is the first production Tantalus.  Over the course of two years (spring of 2006  – fall of 2007), I produced and sold thirty five copies of this model.

After reading the description in the book, I set out to build one in wood.

The Cryptex Tantalus has 8 rings consisting of 16 segments each. These rings rotate around a central cylinder that is large enough to contain most 750ml wine or liquor bottles.

When the rings are properly aligned, spelling the codeword, the cylinder can be separated into two parts allowing access to the bottle. 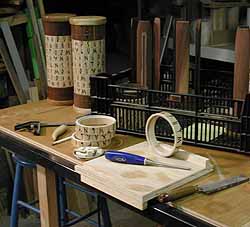 The symbols on the rings can be anything, the most practical being letters, that when arranged vertically spell the secret word unlocking the secret of the Cryptex Tantalus.

I make each Tantalus by hand in my workshop, customizing the font and code for the client – no two are exactly alike. They are produced in small runs of 10 or less and each is signed, numbered and dated. Your satisfaction of quality and detail is guaranteed. I stand behind my work. Much like a fine musical instrument, the Tantalus is carefully constructed and finished with a durable lacquer finish. As with most finely made wood craft, the Tantalus can be repaired unless significantly damaged,  if properly cared for it should survive for centuries!

The images on this page are of the first model Tantalus which is no longer in production. However, in the near future I will begin a production of the next model. If you are interested in owning a Tantalus in the future, please contact me. I will put you on the waiting list and let you know when production resumes.

I also accept commissions for one of a kind Tantalus made from specific wood species with custom details, limited only by your imagination and my skills. 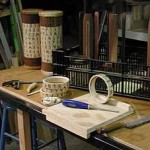 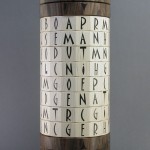 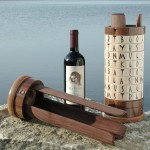 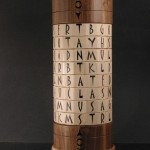 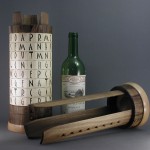